Ahead of Ofsted’s 2019 framework consultation Schools North East analysis has shown the impact of poverty and ethnicity on secondary school inspection outcomes.

The charts below show inspection outcomes for English secondary schools in the top (629 schools) and bottom (336 schools) quintiles for proportions of pupils with English as an additional language (EAL), ordered by levels of deprivation. Deprivation is defined here as the proportion of “Ever6” pupils in a school, meaning they have been eligible for free school meals at some point in the last 6 years.

The analysis appears to show that poverty has a much smaller effect on the likelihood of achieving a good or outstanding grade in a school with high numbers of EAL pupils. A similar pattern does not appear to hold at Primary school level. 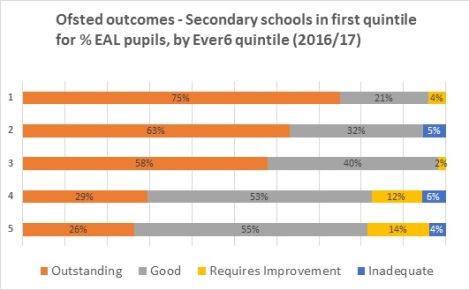 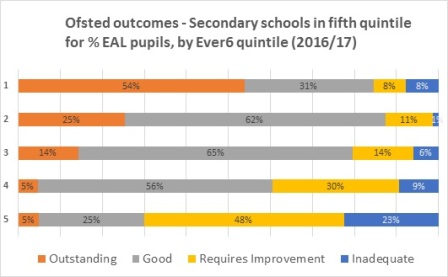 In the North East, which has the lowest proportion of EAL pupils, 28% of secondary schools in the most deprived quintile were rated good or outstanding. 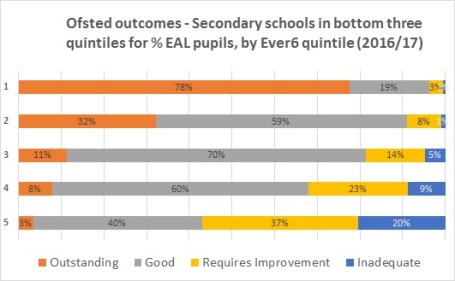 Ofsted is launching a consultation on its 2019 framework on Wednesday 16 January. It is scheduled to take effect from September of this year.

Note: 2016/17 data was used for this analysis as there is currently an issue with large amounts of missing data on school-level deprivation for 2017/18. Only schools which had data on inspection outcomes and Ever6 in 2016/17 were included in this analysis. 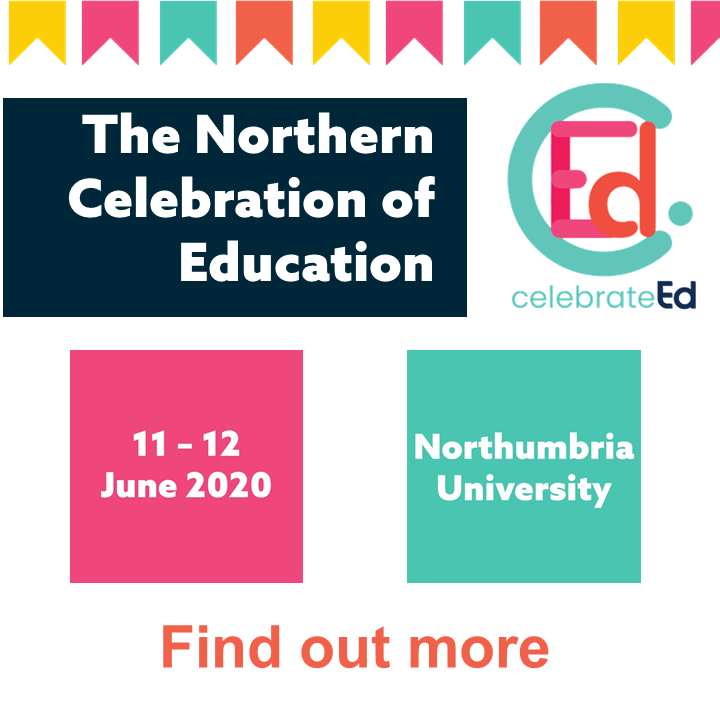